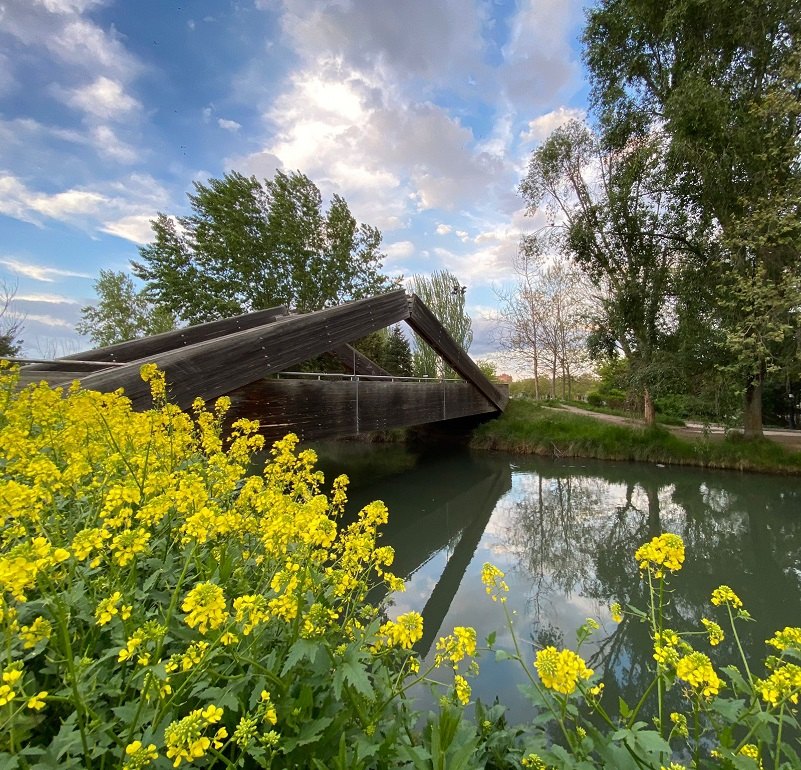 The dock of the Castilla Canal in Valladolid was used for the loading and unloading of goods when this waterway was operational. This is part of the southern route of the canal. From the dock, in the north-east of the city (La Victoria area) there is a beautiful stroll along the tow path, a wonderful combination of water, trees, locks, dams, mills and old warehouses.

The construction of the Channel of Castile finished, after overcoming various difficulties, in 1849. Its purpose was to facilitate the transportation of wheat through navigation channels to the North ports, since Castile was an important producer of cereals, and the system was based on locks. It has 207 km and is divided into three parts: North branch were it starts in Alar del Rey (Palencia), South branch (Valladolid) and Campos branch (Medina de Rioseco), and has a shape of a Y. The branch that crosses Valladolid starts in the neighbourhood Victoria, on the street Parva de la Ría, with its harbour, quay, warehouses and machinery . It connects to the Pisuerga river on Avenida de Gijón, close to the Puente Mayor.