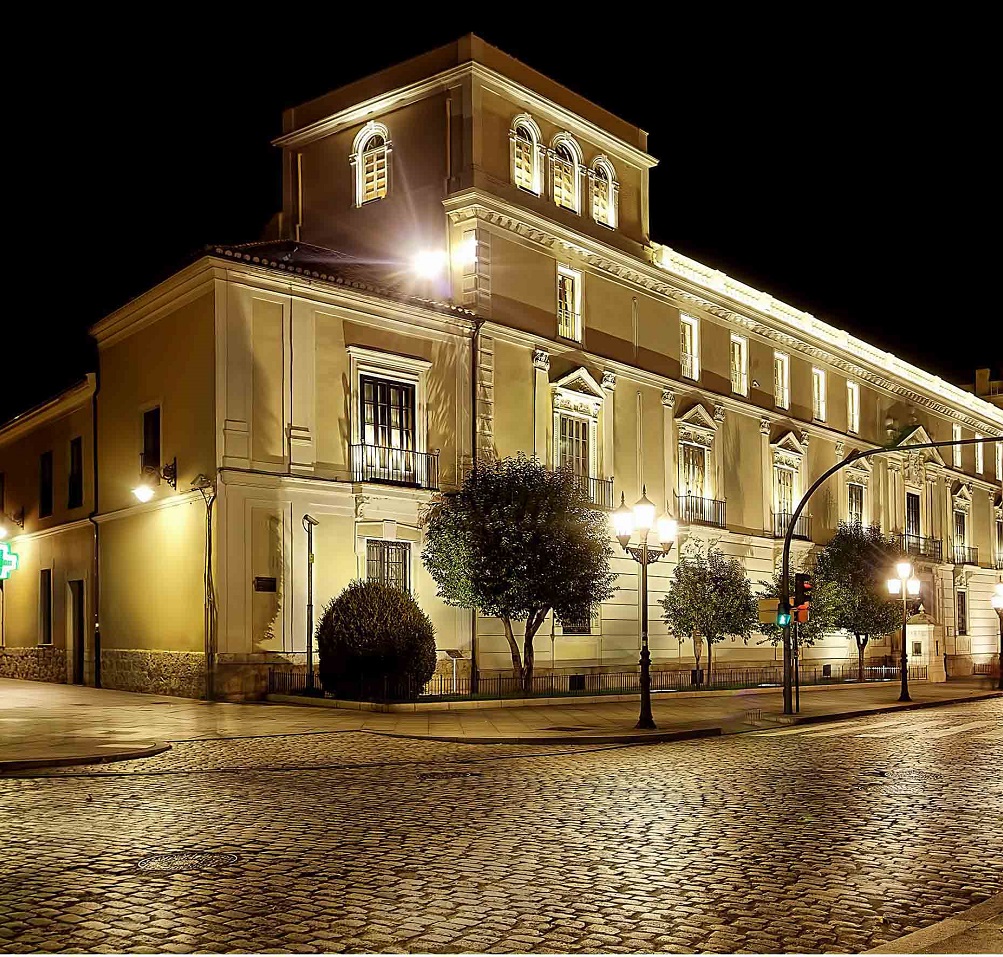 Built by Don Francisco de los Cobos, Secretary of the Emperor Carlos V, under the direction of the architect Luis de Vega at the beginning of the 16th century. It was one of the most magnificent palaces in Valladolid, highlighting its beautiful central courtyard, a work by Esteban Jamete of 1533, the Galería Saboya or its rich Renaissance coffered ceilings. It was temporarily occupied by Carlos I and Isabel, Santa Teresa de Jesús, Felipe II, Napoleon, José I or lord Wellington, and the King Felipe IV was born there. In 1592 Pedro Mazuecos started the restoration works projected by Francisco de Mora, modifying the principal facade, which was modified again in the 19th century. In 1600 it was acquired by the King Felipe III, becoming his official residence between 1601-6. In 1760, Ventura Rodriguez designed its magnificent imperial staircase, which was built by Manuel Godoy. Other modifications have transformed gradually the palace to its current military use.