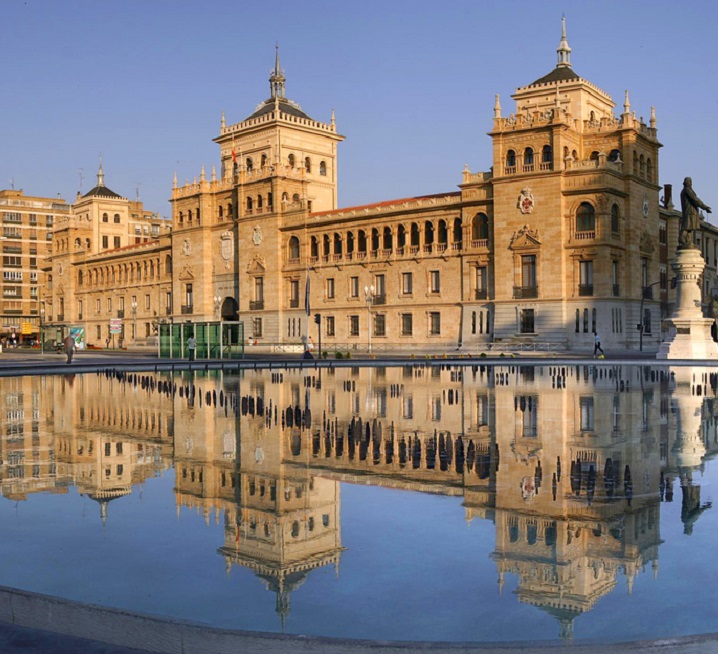 Inspired by the Renaissance palaces

The Cavalry Academy was installed in Valladolid in 1852 in an octagonal building of 1847 that was intended to be used as a prison. In 1915 there was a fire and between 1921-27 the current building was constructed to the plans of Adolfo Pierrad. The building is similar to the noble palaces of the Renaissance, and the Palace of Monterrey in Salamanca was used as a model. In its construction, different materials such as granite and golden sandstone from Salamanca were used, which results in a beautiful polychromy. The current museum was created in 1975 and houses paintings, sculptures (highlighting to works by Mariano Benlliure), banners, a collection of lead soldiers and a collection of arms (of the 16th century), trophies, photographs, horseshoes, saddles, etc. Its library houses over 12,000 books from the 16th century onwards. At the entrance, in 1931 the monument 'Regimiento de Cazadores de Alcántara' by Mariano Benlliure was installed.